What Does "Organic" Mean? - The Healthy Fish 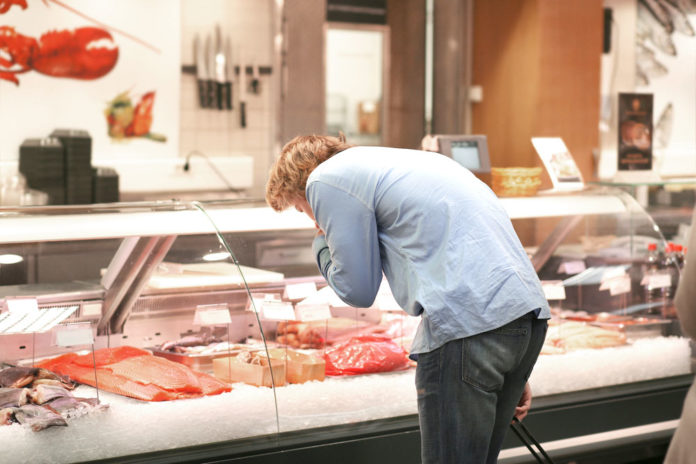 Organic and natural and non-GMO, oh my! If the confusing marketing lingo slapped onto every grocery store item has your head spinning, rest assured that you are not alone.

The popularity of less-than-healthy fad diets has dwindled in recent years, and a focus on eating clean has swept Western culture. But just because the trend towards eating a balanced diet that contains fewer processed foods is a positive one, doesn’t mean it’s easy to follow—especially when there’s so much confusion about what “healthy” labels actually mean.

With that in mind, we thought we would unpack the meaning behind one of the most in-vogue health food terms on the market: organic.

What Does “Organic” Mean?

The term “organic” alludes to the way foods are grown and processed. Standards for organic labeling vary across the globe, but in the U.S., organic crops must be grown without genetically modified organisms (GMOs), synthetic fertilizers, pesticides, ionizing radiation and sewage sludge, and organic animal products must be free of growth hormones and antibiotics.

One major aim of cultivating organic produce and livestock is to promote more sustainable environmental practices. By encouraging plants and animals to prosper a bit more independently in their natural state (less inundated with chemicals), greater biodiversity is generated. In some cases, organic labeling also often denotes that items are made locally or, at least, sourced from your region, meaning foods are fresher.

What are the Benefits of an Organic Diet?

It is widely accepted that organically grown produce and animal products boast greater health perks than their conventionally-grown counterparts. However, the measure of just how much greater organic foods benefit us nutritionally is still up for debate. Organic foods are sometimes said to contain more antioxidants, nutrients and omega-3 fatty acids, but studies looking into the scope of difference among most produce assert that the difference is somewhat negligible.

It’s hard to make a sweeping conclusion that all organic foods are exceedingly healthier than conventional grocery store produce and animal products because this measure alters vastly among varieties. Crops with tougher skins or thick peels—like avocados and bananas, for example—may not be as easily penetrated by the chemicals used in conventional farming practices. This means the nutrient levels of thick-skinned produce may be similar between conventionally farmed and organic versions; softer skinned organic produce (spinach, tomatoes and strawberries, for example), may have more nutrients than their non-organic counterparts.

Why is Organic Product Labeling So Confusing?

As many of us know all too well, marketing in grocery stores isn’t just about providing customers with peak quality products. This might be a goal for some manufacturers, but the end goal is usually almost always to sell. Packaging on produce and other products often capitalize on using clean-food buzzwords to feign superior health perks and trick consumers. To ensure you’re buying certified organic produce, look for the USDA green and white organic seal.

That said, there has also been a lot of debate recently regarding the process of certifying a farm. Since conventional farming methods are typically cheaper and faster for growing crops, there are bound to be loopholes available to farmers so that they can more easily qualify their products as organic. For example, products with the organic label require 95% or more organic ingredients to quality for the label, not 100%.

Should I Eat Mainly Organic?

Eating organic is often the better choice if your goal is to eat more nutritiously. That being said, eating organic can take a toll on your wallet since this food is more expensive and time-consuming to cultivate than conventional produce and, thus, sold at a higher price point.

Research a few of your favorite fruits, vegetables and other food items and earmark which varieties benefit the most from being purchased organic. If you’re watching your budget, prioritize the produce with softer, more exposed skin. When it comes to seafood, be sure to source products that were raised without the use of hormones or antibiotics.

It’s true that all of the labeling, standards and certifications can be, in fact, a bit of a headache for the consumer. Keep an eye out for the USDA organic label, but, ultimately, take all clean food labeling with a grain of salt! The key is to choose fresh where possible, and avoid processed foods as much as you can.

Learn more about the advantages (and surprising disadvantages) of organic food.