Why the Internet Hates Tilapia - The Healthy Fish 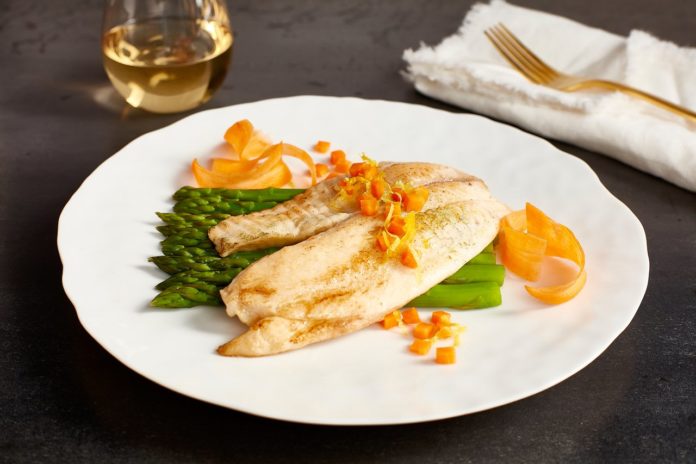 It’s no secret that Tilapia has a bit of bad reputation. Media outlets love to tout all sorts of myths about this white fish, including that farming Tilapia is as bad for the environment as drinking your daily coffee out of a Styrofoam cup.

Well, we’re here to set the record straight. It’s true that some unethical Tilapia farms produce a product that is of less than stellar quality. However, when Tilapia is raised in responsible farms that feed their fish a vegetarian diet and give them plenty of room to move, the end result is a firm, mild fillet that’s packed with lean protein and an abundance of nutrients. So, now’s the time to debunk these Tilapia myths once and for all.

Myth #1: Tilapia is a Man-Made Fish

There has been a baseless theory floating around the internet that Tilapia is a man-made fish that doesn’t exist in nature. This theory even went so far as to claim that Tilapia has no skin, no bones and couldn’t be overcooked. Of course, this couldn’t be further from the truth.

Not only does Tilapia have both skin and bones, but this fish is in no way man-made or genetically engineered. Tilapia is a naturally-occurring freshwater fish. Perhaps the “man-made” myth hails from the fact that Tilapia is particularly easy to farm. But to follow that logic, the cattle that are raised for beef or the chickens raised for eggs would be considered “man-made”, too!

Nutritionists and other medical professionals who praise the health benefits of fish often point to their richness in omega-3 fatty acids. As such, some Tilapia critics have taken aim at this lean, white fish, and claimed that because it boasts a lower omega-3 content than some of its fattier cousins, it’s unhealthy.

This is completely incorrect. Tilapia isn’t as rich in omega-3 fatty acids as fish like salmon or trout, but it’s also lower in calories. It’s also rich in protein, selenium, niacin, vitamin B12, phosphorus and potassium, which are essential in any healthy diet.

Tilapia also contains omega-6 fatty acids, which some critics believe can be bad for our health. However, omega-6 lower harmful LDL cholesterol levels and help to keep our blood sugar in check by improving the body’s sensitivity to insulin. It is important to keep an even balance of omega-3s and omega-6s, but the best way to do this is to increase your omega-3 intake, not decrease your consumption of omega-6.

Myth #3: Most Tilapia is Contaminated

Some sources indicate that Tilapia can be contaminated with everything from chemicals to animal feces, but there’s more to these claims than meets the eye. While a report from the FDA did indeed reveal that it was common for some farmed fish to be fed livestock feces, this practice was contained to China. Other reports from the FDA identified potentially harmful chemicals, including drug residues, in some imported fish, but these reports, again, were limited to fish of Chinese origin.

When Tilapia is farmed right, it becomes a lean, nutrient-dense protein source. Responsible farms feed their Tilapia a vegetarian diet and steer clear of antibiotics and harmful chemicals, meaning the fish they raise are naturally better for you.

Myth #4: Tilapia is Bad for the Environment

As one of the most popular farmed fish in the United States, Tilapia bears the brunt of much of the criticism levied against the aquaculture industry in general. Naysayers point to the possibility of escapees contaminating wild populations, not to mention runoff from antibiotic use or waste polluting drinking or groundwater.

But while some fish farms have less than salient practices, it would be a serious overreach to claim that all fish farms—or indeed, all Tilapia—have a poor effect on the environment. Many fish farms are eco-conscious and eco-responsible, and they take great care to ensure that their farms have no negative effects on the environment. Some, like Regal Springs, even take care to give back to the environment, boasting zero-waste policies and initiatives to improve water quality in the local communities in which the fish is farmed.

Not all Tilapia is created equal. Some Tilapia, particularly those fish farmed in China, are raised in unethical conditions, and the quality of the fish suffers as a result. This reality is not unique to Tilapia: any animal species bred in poor conditions will not be a winning product. This is why organizations like Aquaculture Stewardship Council, Ocean Wise and Best Aquatic Practices were created, and why it’s important to look out for fish products bearing their labels to ensure you’re buying fish that is of the highest quality.

Regal Springs Tilapia doesn’t bear its own logo, so use this store locator to find your nearest stockist.