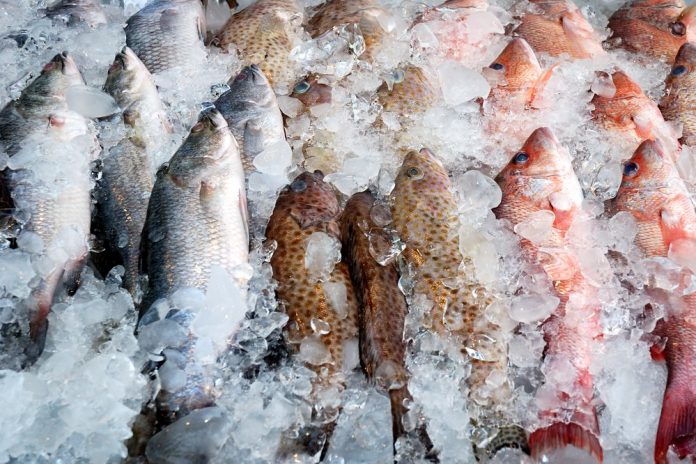 Are you one of the many people who avoids buying frozen fish? Many people refuse to buy any fish that isn’t sold fresh because they’re concerned that frozen fish isn’t as high in quality as fresh fish, but that simply isn’t true. Here, we’ll debunk several myths about frozen fish to show how frozen fish is just as good, if not sometimes better, than fresh fish!

Many people are worried that fish loses its health benefits when frozen, but it actually has the same nutritional value as fresh fish—none of the nutritional value is lost when fish is frozen. No matter if the fish is fresh or frozen, you’ll be getting the same amount of essential nutrients like omega-3 fatty acids and lean protein.

Some people believe that fresh fish is of superior quality to frozen fish, especially if they’re concerned that the fish just sat around for a while before being frozen. In fact, these days most fish are actually frozen in a flash-freezing unit while still at sea. This happens just minutes after they’re caught, meaning they don’t travel by plane or train in small containers before being eaten, like some fresh fish do.

To ensure you’re getting the best quality possible when shopping for frozen fish, shop at reputable grocery chains like Kroger, Costco or Meijer.

When you’re eating seafood, you want the best possible flavor and texture. Luckily, if you thaw your fish properly, the texture and flavor of your fish will be just as good as if it was fresh. For maximum quality, make sure the frozen fish you’re buying is free of ice crystals, spots or discoloration, as these are signs of freezer burn.

If you have any questions about how to defrost your frozen fish for the best results, the fishmongers and seafood counters at your local HEB, Sprouts or Winn Dixie would be happy to give you their advice.

Some people believe that frozen fish is irresponsible, but it can actually be more responsible than fresh fish. Fish that are frozen are often caught when they are in season, meaning the fish populations aren’t being depleted when they are already low. Responsibly farmed fish like Tilapia from Mexico, Indonesia and Honduras is a great choice frozen or fresh all year long.

Furthermore, time-sensitive fresh fish often travel by air, which has a lot more of an environmental impact than slower forms of transportation such as train or boat, which can carry frozen fish without affecting the fish’s quality.

Now that you know that frozen fish is just as healthy, high in quality and tasty as fresh fish, you can enjoy the savings and convenience that buying frozen fish offers. If you’re looking for some tips on how to bake frozen fish, check out these tips to get you started!