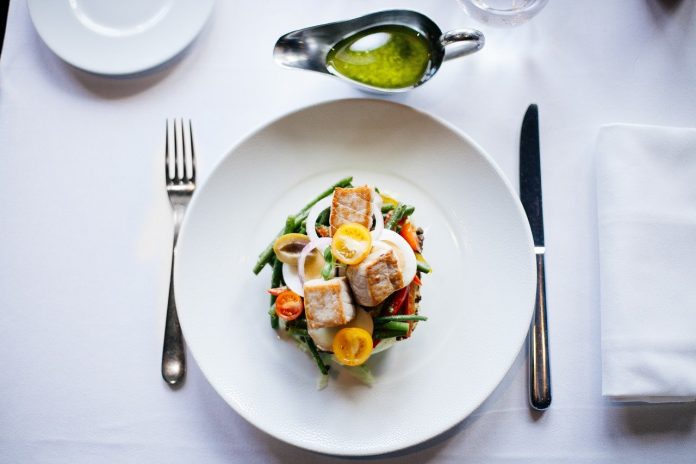 The Atkins Diet is probably the most well-known food fad, but unlike other diets that seem to come and go every week, it’s been around for a long time. The diet is supposed to keep your sugar levels balanced, lower fat storage and eliminate cravings and constant hunger by reducing the amount of calories and carbs you intake. While on the surface this diet might sound quite simple, there are a lot of things about it that you should know before deciding to join the Atkins family.

This is probably the first thing everyone knows about this diet. But there’s more to it than just nixing bread. The way Atkins cuts carbs is by limiting your choices at the beginning, then slowly reintroducing new food groups as you continue on in the program. You start off with proteins (like Tilapia), healthy fats (like those in avocados), nuts and seeds. This eventually turns into a reintroduction of grains, fruits, milk and the rest of the food groups you’re used to. It does this in four phases: the first limits you to 20–25 grams of carbs and the last, 80–100 grams. The Institute of Medicine recommends that you get around 130 grams of carbs a day, meaning that at the beginning of this diet, you’re only eating 15% of what the average person needs, which help you lose weight but may sacrifice a healthy lifestyle. Still, by focusing on carbs rather than specific foods, the Atkins Diet offers users a wider selection of foods in the long run than many others.

It Helps With Weight Loss, But…

While the diet has many weight-loss success stories, the effects of cutting carbs below the recommended levels has both short-term and long-term effects. In the short term, cutting carbs dramatically can leave you feeling tired, irritable and lazy. It can also lead to digestive problems that result in constipation. In the long term, drastic cuts to your carb intake over a long period of time can lead to heart disease and colon cancer. If you’re considering going on the Atkins Diet, talk to your doctor and examine the current state of your health to best assess the risks associated with this extreme diet change.

Atkins, as mentioned earlier, is a four-phase system. The first phase runs for a minimum of two weeks and the third lasts about a month. While there is no set time frame for the second phase, it’ll be at least two months before you get to phase four, which is “Lifetime Maintenance.” Two months of complete dedication to a very limited diet can be tough, but it isn’t impossible, as many users have shown. Long-term, you’ll still have to stick to a low amount of carbs, which makes relapse and rapid weight gain a real possibility. If you’re the type of person who struggles with self-control, this may not be the diet for you.

Though it seems like the above outline negative aspects, there’s a positive too! Rather than leave you to fend for yourself, Atkins provides recipes that help you choose foods within your phase and carb budget. Unlike diets such as Paleo or Mediterranean, there are many options for adherents since the diet doesn’t restrict specific food groups once you’ve reached phase 4. More specifically, with the Atkins diet, you can find a variety of recipes and foods that satisfy your needs. So you may have to limit certain food groups, but overall, there’s lots of room to play if you love to cook.

The Atkins diet is easy in theory, but like anything it requires dedication and sacrifice. As with all diets, Atkins comes with both health benefits and risks, meaning you need to consider your personal needs before jumping aboard this long-standing trend diet. Before making any dramatic changes, be sure to consult your family doctor and consider less drastic interventions like eating more healthily overall and exercising more regularly.