How Fish and Chips Became a Dinner Staple - The Healthy Fish 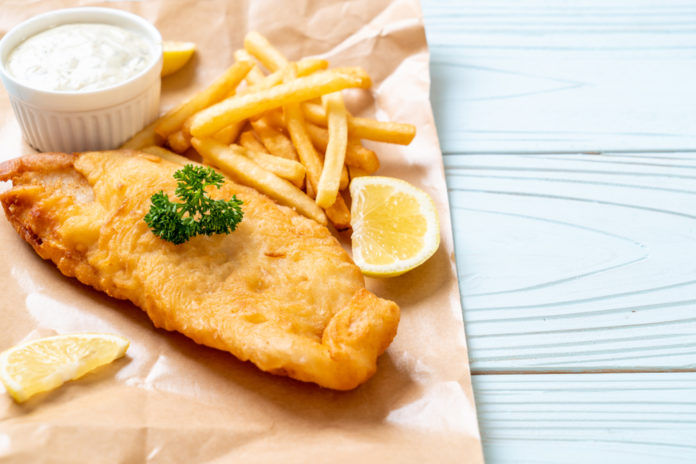 When thinking of classic dinner dishes, there is one humble meal that always springs to mind: fish and chips. This satisfying combination of crispy battered fish paired with golden fries has a place on pub menus the world over and has become a tried- and-true dinner staple. But where exactly did this tradition come from, and how did this simple dish become a classic?

It turns out, fish and chips has its roots in many different places.

Where It All Began

In 1496, Portuguese King Manuel I married Queen Isabella of Spain, a Roman Catholic who believed all citizens should convert to Christianity, or be expelled. Those who did not flee immediately were given even more incentive to leave the country when Portugal fell under Spanish rule, as the Spanish Inquisition sought out and punished the Jewish and Muslim people who remained. Many Jewish refugees fled from Portugal to Britain, bringing with them their tradition of fried fish, and opening up what were known as fried fish warehouses.

As for fish’s partner in crime, fries—or “chips”—can be traced to either Belgium or France. However, we may never know their exact point of origin. Though chips are often called “French” fries, the Belgians firmly believe the fry was invented in Namur, Belgium, where the River Meuse froze over during a cold winter in 1680. People had to resort to frying potatoes since they couldn’t get any fish out of the ice. Others, however, dispute this legend, and argue that fries are as French as their name suggests. Several people believe that the first form of “chips” was the pomme Pont-Neuf, which were deep-fried potatoes sold in the late 18th century by vendors on Pont Neuf, Paris’ oldest bridge. Whatever the case, both dishes came into their own separately, but it was when they were paired together that the magic truly happened.

The Pairing and the Rise to Fame

Although no one knows exactly how these two golden foods came together, it soon became clear in Britain that they were soulmates. The first references to them as a pair can be dated back to 1854, where a chef mentioned them in a recipe book called Shilling Cookery.

Chip shops, or “chippies”, began to pop up all over the United Kingdom. Many are suggested to be the very first chippie, from a shop belonging to the Jewish immigrant Joseph Malin in 1860, to an entrepreneur named John Lees in Lancashire in 1863. In any case, their popularity was evident. By 1910, there were about 25,000 chippies across Britain.

The pairing of fish and potatoes took off even further during the two World Wars, gaining popularity during World War I. The meal became so popular that fish and potatoes were two of the only foods not to be rationed during World War II, as they were considered important to British morale. Winston Churchill himself called the pair “good companions”. Soon, the recipe’s original breadcrumbs were replaced by batter as fish and chips became popular commercially.

Although the origins of fish and chips are often disputed, the arguments do not stop when it comes to how to best cook fish and chips. What kind of fish do you use? Should the chips be chunky, or thin and crispy? Should you serve the dish with vinegar, or ketchup? And what about a side of traditional mushy peas?

While many are staunch advocates for one method or another, a few things are undisputable. Fish and chips are beloved all over the world, and the dish should be hot and crisp, with fresh fish breaded or battered to perfection.

Looking to cook your own homemade fish and chips? Learn how to make a healthy (and kid-friendly!) version.