Do You Know Who Invented the Fish Taco? - The Healthy Fish

Recipes and healthy choices made easy
Home Health & Nutrition Do You Know Who Invented the Fish Taco? 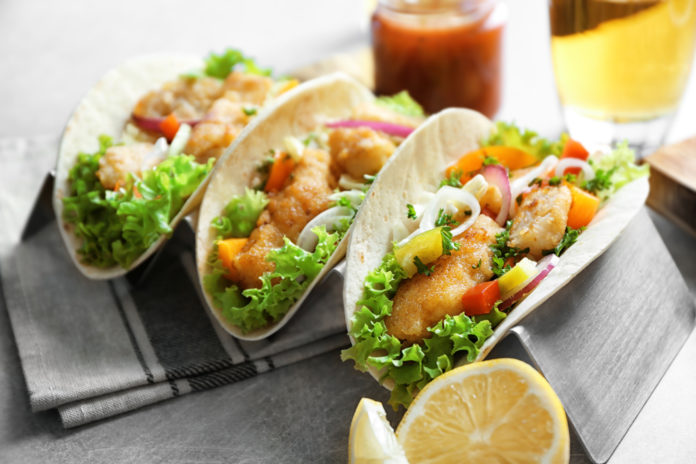 Whenever a craving for Mexican food hits, you’re guaranteed to think of tacos—the delicious combination of protein, veggies and salsa wrapped in a crispy or soft tortilla is tough to beat. And if you grew up along the coast, your mind will immediately go to the tastiest version of them all: the fish taco. But where exactly did this street-food staple come from, and who do we owe for our seafood-inspired Taco Tuesdays?

First and foremost, we have to credit the original fish taco to the indigenous people of North America who lived in the coastal areas of Mexico. For thousands of years, they fished from warm waters and wrapped their catches in stone-ground corn tortillas.

The fish taco as we know it today, however, has often been credited to Baja California. This version, which most of us envision when we think of a fish taco, is filled with battered and deep-fried fish, drizzled with spicy mayo, and topped with shredded lettuce, salsa and a squeeze of fresh lime.

The Baja fish taco was said to have been invented in either San Felipe or Ensenada. Some say that it even owes its roots to the immigration of Japanese fishermen who made their way to Mexico in the 1950s and ’60s, drawn to Baja California’s cold-water currents and biodiversity. As such, the fish taco might have been influenced by traditional Japanese tempura.

Fish tacos are widely consumed in Mexico and California, and though several taco stands claim to have served the original Baja-style fish taco, many suggest this honor actually belongs to Tacos Fénix, which opened in 1970.

It wasn’t until 1983, however, that fish tacos gained popularity in the United States—and it all started with Ralph Rubio. The entrepreneur and San Diego native fell in love with fish tacos when he first tasted them in Baja, so much so that it inspired him to open a restaurant: Rubio’s Fresh Mexican Grill. What started in an old, failed hamburger stand has now become a well-known chain, with more than 160 locations across the United States, including Arizona, Colorado and Nevada.

The trend has spread quickly since then, and taco stands have popped up all over North America, but fish tacos continue to be exceptionally popular in California, the state nearest to where they originated.

All sorts of white fish can be used in a fish taco, including flaky saltwater varieties, but a freshwater fish like Tilapia is a great choice too. It has a mild and adaptable flavor that pairs well with bold toppings (think guacamole, pico de gallo and tropical fruits like mango). Whether baked, grilled or fried, the fish is delicious when marinated with olive oil, jalapeno, chili powder, lime juice and chopped cilantro—especially when it’s served in a warm tortilla with all the fixings.

However you choose to eat a fish taco, you can rest easy knowing that you’re enjoying a tasty and healthy dish that has stood the test of time.

Want to make your own fish tacos at home? Check out these low-calorie options or try experimenting with these twists on classic recipes