Where Does Tilapia Come From? - The Healthy Fish

Recipes and healthy choices made easy
Home Health & Nutrition Where Does Tilapia Come From? 4 Common Myths About the Origins of... 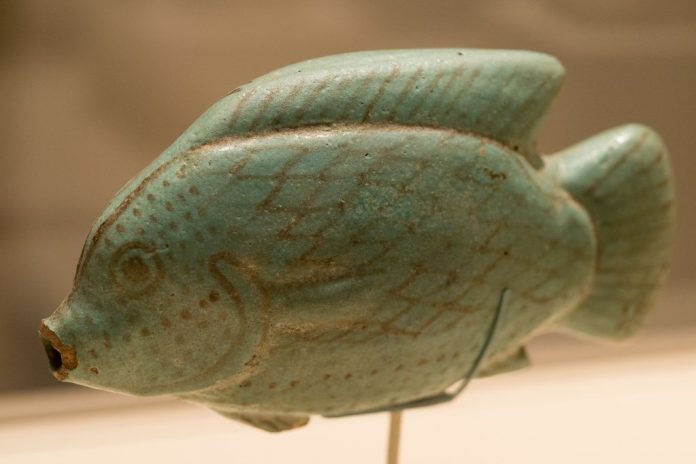 Tilapia is rapidly increasing in popularity in kitchens across America. But this quick increase has some people thinking that Tilapia is made in a lab, or a new type of fish that humans only recently began eating. These myths couldn’t be further from the truth! We’ve busted the most common myths about where Tilapia comes from by finding out the real history of the fish—which goes back thousands of years.

Myth: Tilapia Was Created by Scientists

Truth: As mentioned, a lot of people ask if Tilapia is made in a lab, but the truth is that Tilapia is an ancient fish. In fact, references to and drawings of Tilapia have been found in ancient Egypt and in biblical texts. Because of this historical context, Tilapia is also known as St. Peter’s fish. In the biblical book of Matthew, Peter catches a Tilapia with a coin in its mouth, following a prediction from Jesus.

Truth: Tilapia may be new to the menu in North America, but people in ancient Egypt and Israel have been dining on this fish dish for thousands of years. Some biblical scholars believe that the fish Jesus multiplied to feed 5,000 people by the Sea of Galilee was Tilapia. Ancient Egyptians and even their Pharaohs ate Tilapia regularly. The Greeks were big Tilapia fans as well, and it’s commonly believed that it was actually the Greek philosopher Aristotle who named the fish Tilapia Niloticus (fish of the Nile) in 300 BC.

Myth: Tilapia Farming is a New Type of Aquaculture

Truth: While you may think that fish farming and aquaculture are new ways to raise Tilapia, Tilapia is actually the oldest farm-raised fish in the world. Tilapia farming was so important to the ancient Egyptians that a bas-relief depicting pictures of Tilapia being farmed in ponds was found in a 4,000 year old Egyptian tomb.

Although it took thousands of years before Tilapia started being farmed outside of Africa, Tilapia farming is by no means a new practice. It’s actually the main way people have been harvesting this fish for thousands of years.

Truth: Tilapia has always been and still is a versatile and healthy source of important nutrients for people of all backgrounds. Tilapia is a source of lean protein, omega-3 fatty acids, potassium and iron, which are nutrients that all types of people need to eat as part of a healthy diet.

Tilapia has been eaten and farmed for a long time, and with good reason: it’s a healthy, mild fish that even the pickiest of eaters can enjoy. Now that you know the truth behind where Tilapia comes from, you can rest assured that when you buy fresh Tilapia from Mexico and Honduras or frozen Tilapia from Indonesia, you’re not getting some kind of science experiment—you’re buying a tasty fish with a long and interesting history.