Setting the Record Straight on 3 Tilapia Rumors - The Healthy Fish 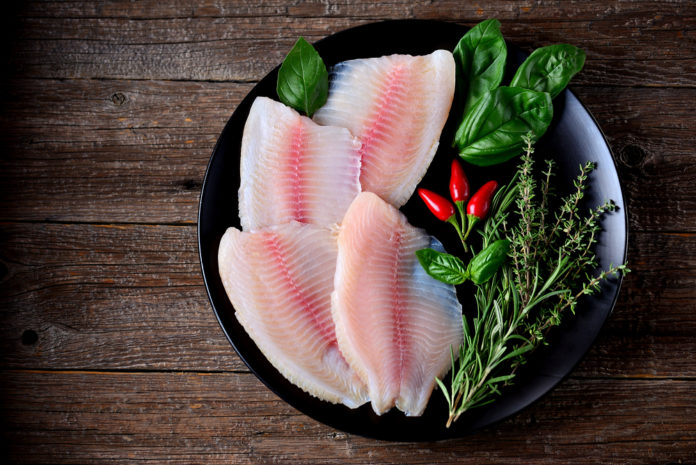 We’re in a period of constant overfishing, which has caused several wild species to drop in numbers. As a result, species like Tilapia, known for being environmentally friendly and sustainable, have become more attractive in the market. Still, some people remain skeptical (not to mention critical) about the fish’s taste and nutritional content—mainly due to sensationalist articles on the internet. So what’s the truth about Tilapia? Let’s look at the facts.

What People Say About the Taste of Tilapia

Rumor: Tilapia is a muddy-tasting fish.
Truth: When responsibly farmed, Tilapia has a clean, mild flavor.

Tilapia actually has a mild taste, and due to its adaptability and versatility, is known for being a perfect blank slate for cooking. Though many fish recipes call for simple herbs and spices, Tilapia can stand up to bold flavors (think salsa, tropical fruit and even Szechuan).

So where did the “muddy-tasting” rumor come from? Like any fish, Tilapia reflects the environment in which it was raised. If fished from poor-quality water, it can taste muddy or grassy. However, responsibly raised Tilapia has a sweet, mild taste and a medium-firm texture. If you eat a Tilapia fillet that you don’t enjoy the taste of, blame the source—not the fish itself.

What People Say About How Tilapia is Raised

Not all Tilapia are raised the same way, and therefore have varied diets. The rumor that the species “eats waste” stems from those raised in less-than-ideal conditions—Chinese Tilapia farms, for example, have often been called out for their poor environments. Wild Tilapia, on the other hand, feed on algae (they primarily stick to a vegetarian diet!), while responsibly farmed ones are raised on a high-quality plant-based feed.

We encourage everyone to talk to their fishmongers and grocers to learn more about where the fish comes from and how it’s raised. Regal Springs Tilapia—responsibly raised in Honduras and Mexico—is a great choice.

What People Say About the Health Benefits of Tilapia

According to a report published in the Journal of the American Dietetic Association, “the inflammatory potential of hamburger and pork bacon is lower than the average serving of farmed Tilapia” because of its low concentration of omega-3 fatty acids and high concentration of omega-6 fatty acids. But the media put their own spin on this, claiming that Tilapia is worse for our health than bacon, which simply isn’t true.

Tilapia actually has a ton of health benefits. It’s a rich source of omega-3, which means that it boosts heart health. And its high selenium content helps to prevent prostate cancer and rejuvenate your levels of vitamin E and C (both of which minimize aging of the skin). The fact that Tilapia is so rich in protein also makes it a good choice to reduce your caloric intake.

It really does pay to do your own research when it comes to nutrition. The internet may be full of malicious, fear-mongering clickbait about Tilapia. But when you look at the facts, Tilapia is a nutritious and misunderstood fish—there’s nothing to be afraid of!

Want to know more about where your fish comes from? Try asking these five questions at the seafood counter.