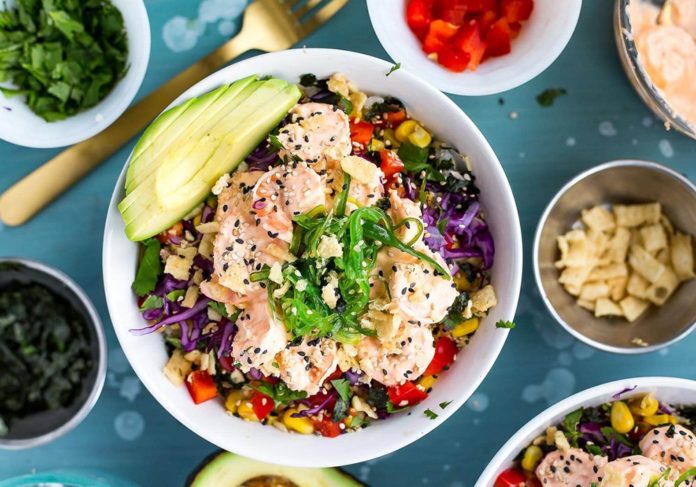 Quick and fresh dinners can spice up your weekly meal rotation all year round, but if you’re having trouble finding new ideas, look no further than poke. Hawaiian poke (pronounced “poh-keh”) bowls, are typically made with four main ingredients: raw or cooked fish—usually ahi or yellowfin tuna— sauce, garnishes and a base. If tuna is hard to find, or too expensive, try substituting Tilapia into the recipes below for an affordable alternative to the traditional poke. All ingredients can be easily prepped and cooked in half an hour for a simple, yet satisfying meal. And don’t worry, Tilapia is safe to eat raw.

This traditional ahi poke has only ten ingredients, which makes it fast, easy and fresh. Poke borrows heavily from various Asian cuisines, so most include basic ingredients like soy sauce, sesame oil, seaweed and sweet onions (Vidalia or Maui onions work best). This version adds black sesame seeds, macadamia nuts and Hawaiian sea salt for an upscale, but approachable poke.

Try the recipe: Traditional Ahi Poke from The Kitchn.

Ceviche is a raw fish dish that’s common in South and Central America. In ceviche, raw fish is marinated in acid, usually lime or lemon juice until “cooked.” To prepare this ceviche poke bowl recipe, marinate fresh Tilapia chunks with soy sauce, ginger and lime juice and let the acid do the work. Serve the ceviche over rice or bulgur for a poke bowl made in under 20 minutes.

Gochujang is the spicy, fermented condiment made with red peppers used in beloved Korean dishes such as bibimbap and kimchi. In this Korean poke bowl recipe, it’s used as the base for a sweet and spicy vinaigrette. Head to your local Asian food market for your hard-to-find ingredients like tobiko and radish sprouts (substitute microgreens if you can’t find sprouts). Once finished, mix everything together for an authentic Korean experience.

Instead of traditional Chinese egg noodles, this Ahi Poke Salad with Chilled Sesame Noodles opts for gluten-free zucchini noodles, also known as “zoodles”. Using a spiralizer or mandolin, you can create noodles out of a zucchini in just minutes. Then, you can cook the zoodles like noodles or keep them raw, whichever is tastiest for you. For the poke, substitute Tilapia fillets for the tuna and let it marinade and chill for 15 to 20 minutes. Serve on top of the zoodles for a low-carb dinner or appetizer.

Try the recipe: Ahi Poke Salad with Chilled Sesame Noodles from With Salt and Wit.

This poke bowl already put a twist on the traditional version by adding salmon instead of tuna. But you can still mix it up further with fresh Tilapia in this Poke with Creamy Togarashi Sauce recipe that uses togarashi, a Japanese spice blend made with seven flavors. Togarashi is the perfect flavor enhancement alongside the sweet Tilapia poke. Feeling extra adventurous? While you’re shopping for togarashi, pick up a bottle of furikake, another Japanese seasoning that’ll complement your Tilapia poke. It’s made with seaweed, sesame seeds, dried fish and other spices and will come in handy for this and other rice-based dishes you’re bound to make.

Try the recipe: Poke with Creamy Togarashi Sauce from Cooking with Cocktail Rings.

Poke is perfect for those hectic work weeks, where all you want is a satisfying meal in less than 30 minutes.

Photo Credits: The Girl on Bloor, How Sweet Eats, Foodbeast, Food Republic, With Salt and Wit, Cooking with Cocktail Rings 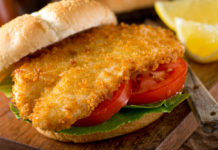 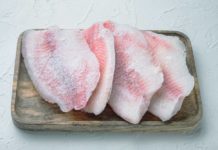 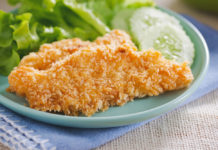