Truth About Tilapia and Omega-3 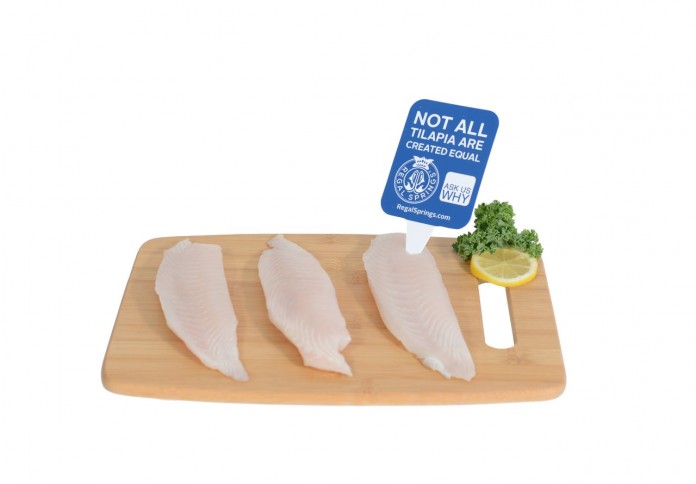 Tilapia and the omega-3 fatty acids have a somewhat misunderstood relationship. Because omega-3 fatty acids can’t be produced by the human body, we need to get them from seafood and other sources in order to keep our bodies healthy. As such, finding fish that are high in omega-3s is a priority for many when adding a fillet or two to the grocery cart.

These healthy fatty acids are naturally found in wild fish and farmed fish. While levels are generally higher in wild fish due to their diet, farmed Tilapia offers similar levels to that of cod, mahi-mahi or yellowfin tuna and other popular wild seafood species. According to NOAA (National Oceanic and Atmospheric Administration), approximately half the seafood eaten worldwide—including in the United States—is farm raised. It is a widely recognized as a necessary way to meet the seafood demands of a growing population. So, consumers should feel confident that properly farmed fish are a great option for the health-conscious consumer.

Omega-3s are fatty acids that contribute to healthy brain development, but aren’t produced naturally by the human body. This means we need to acquire them through the foods we eat. One source is seafood, including Tilapia. Outside of natural food products, this fatty acid is so sought after that the market is flooded with different fish oil supplements. Why? Mostly because health-conscious consumers are always looking for a way to add it to their diets, and for good reason—omega-3s help with inflammation, cognitive decline, heart disease, high blood pressure, high cholesterol and many more health-related issues.

Currently, there are no official recommendations as to how much omega-3 you need daily, but according to the University of Michigan, 1.1 to 1.6 grams a day proves to be adequate while 2 to 3 grams per day has been associated with health benefits.

How is Omega-6 Involved?

Tilapia is one of the most consumed fish in the U.S., yet many people aren’t familiar with its nutritional benefits. Tilapia has roughly the same omega-3 content as other popular seafood such as scallops, wild lobster, wild cod, wild haddock, wild mahi-mahi, yellowfin tuna, orange roughy and shrimp. In every 4 oz. Tilapia fillet, there is about 200 mg of omega-3 fatty acids. Tilapia also contains omega-6, which has raised questions by health-conscious consumers. The truth is that omega-6s are an important part of the human diet, yet it’s important to keep an even balance with omega-3s.

Why They’re Both Beneficial

According to the University of Maryland, omega-3s and omega-6s have several common health benefits, many of which can be achieved by eating regular servings of Tilapia. These include reduction in the risk of high blood pressure, breast cancer, ADHD, rheumatoid arthritis, menstrual pain and osteoporosis. The two fatty acids may act independent of one another or together depending on the food you eat, but because they encourage certain behaviors in the body while inhibiting others, these fatty acids should be an essential part of your diet. Though many turn to supplements, foods like Tilapia can provide you with all of the nutrients you need, especially as a part of a balanced meal several times per week.

The reason for the concern over omega-6s comes from the excessive intake of such fatty acids through processed foods, which generally do not balance with our body’s need for omega-3s. By turning to seafood, like farmed-Tilapia, rather than processed foods, consumers can balance their omega-3 and 6 intake, which will contribute other benefits that are important to human development.