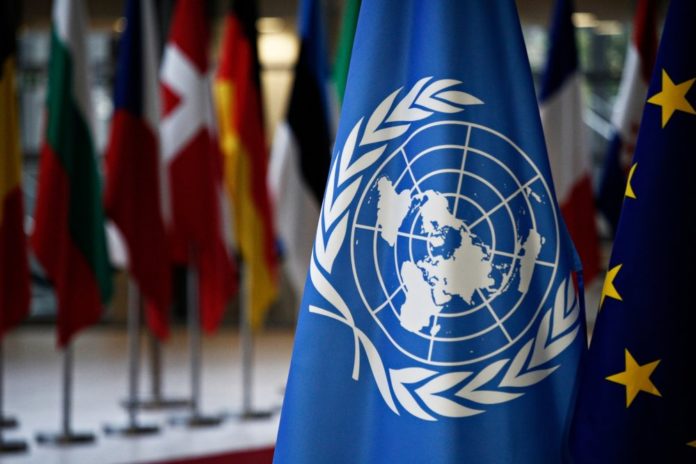 In 2015, the United Nations (UN) introduced its Sustainable Development Goals, a list of 17 objectives intended to be met by world leaders by 2030. Each goal, aimed at protecting the planet and promoting prosperity for all, focuses on at least one of five major tenets—People, Planet, Prosperity, Peace and Partnership—to address issues such as poverty, hunger, climate change, equality, ecological responsibility and more.

“Never before have world leaders pledged common action and endeavour across such a broad and universal policy agenda,” writes the UN. “We are setting out together on the path towards sustainable development, devoting ourselves collectively to the pursuit of global development and of ‘win-win’ cooperation which can bring huge gains to all countries and all parts of the world.”

The individual goals—including good health and wellbeing (#3), affordable and clean energy (#7) and peace, justice and strong institutions (#16)—are broken down into 169 total “integrated and indivisible” targets that will help each nation ensure they’re on the right track to success.

Four Goals That Can Be Achieved by Aquaculture

The Sustainable Development Goals are ambitious, but the United Nations Foundation remains confident: “We can be the first generation to end extreme poverty, the most determined generation in history to end injustice and inequality, and the last generation to be threatened by climate change.” And as it turns out, aquaculture has a prominent role to play to ensure that numerous goals are met by the 2030 deadline:

The UN’s primary goal is to eradicate poverty by 2030. It’s a lofty ambition, but as aquaculture becomes more popular—fish farming is responsible for 80,000 jobs in the E.U. alone—it’s easy to understand how the industry can help. According to the UN’s Food and Agriculture Organization (FAO), aquaculture’s contribution to the global fishing industry increased nearly seven-fold between 1970 and 2000—and most of that production occurred on small, family-managed fish farms in developing nations. In parts of Africa, for example, aquaculture has been essential in creating jobs and helping families support themselves.

As the industry expands into more nations, jobs in aquaculture will be instrumental in providing agency to  individuals across the world and may ultimately help to reduce poverty worldwide.

Studies have shown that aquaculture has the potential to produce 16.5 billion tons of fish per year; this not only helps feed local populations, but also caters to global seafood demands. Through responsible fishing methods, aquaculture reduces our effects on oceans—and the species that inhabit them— to provide accessible, affordable food for all.

Though aquaculture has come under fire for less-than-sustainable methods in the past, many modern fish farms are actually more ecologically responsible than traditional fishing methods. By its very definition, aquaculture does not pose a threat to non-target species (like sea turtles, dolphins and sea birds); this huge problem, known as bycatch, plagues standard fishing procedures.

Great strides are currently being made to further reduce the impacts aquaculture has on the environment. Water control management, efficient fishmeal use, responsible sourcing of juvenile fish, control of escapes—as these methods are adopted by individual fish farms around the world, aquaculture will cement itself as being the most responsible choice for fish and seafood production.

The most obvious way aquaculture can support the UN’s Sustainable Development plan is in relation to goal 14: sustainability in the fish and seafood trade and protection of the oceans. With the effects of climate change, fishing is at risk on a global scale; the UN has set “ambitious yet legitimate” targets to improve the responsibility of aquaculture operations around the world: “the failures that created the conditions for overfishing and unsustainable aquaculture operations can be reversed if addressed effectively. There are more and more examples of successful reforms in a wide range of countries and contexts.”

The UN’s Sustainable Development Goals span across industries and sectors. Each has an important role to play, but aquaculture has one of the most significant impacts on our nations’ abilities to ensure some goals are met. By continuing to improve fishing practices and procedures, the UN will be one step closer to ending poverty and hunger for a prosperous future.

Learn more about the benefits of aquaculture and responsibly raised fish.