A History of Fish Farming in Mexico - The Healthy Fish 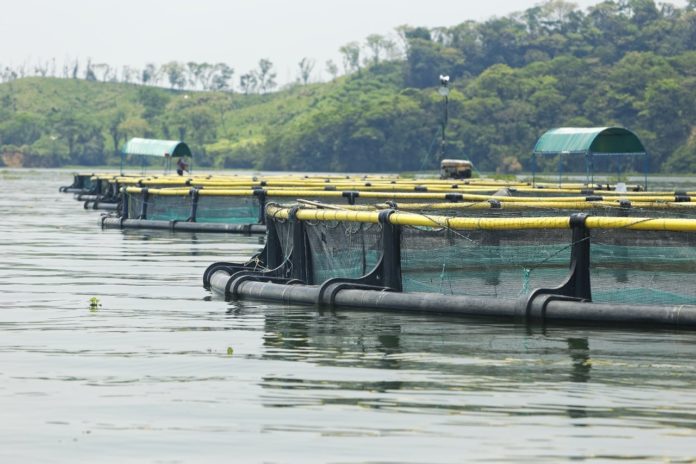 Aquaculture, or fish farming, has a long history in Mexico, beginning around the end of the nineteenth century. Mexico’s large bodies of warm water, temperate climate and proximity to large markets like the U.S. made it a no-brainer for responsible aquaculture. In the late 1980s, Mexico began to practice a marine fish aquaculture by cultivating the pompano, an edible fish, in floating cages. Later years brought in additional species, including Tilapia, catfish and oysters.

Like most aquaculture and agriculture, seafood populations were initially cultivated to sustain local populations, but overtime were able to fuel global populations as well. As a significant part of Mexico’s economy, fish farming has helped create jobs and feed thousands. In fact, Mexican aquaculture, which produces 61 different species, has been projected to produce 394,000 tons of seafood annually by 2018, with the country’s fisheries sector responsible for 0.4% of the country’s GDP. Suffice to say, aquaculture plays a significant role in Mexican industry today.

Like any sort of commercial farming, aquaculture in Mexico has evolved over time. Beyond simply adding in additional species, practices have become more sustainable to suit growing awareness of climate change and other issues. Nearly 12 years ago, Regal Springs (an Aquaculture Stewardship Council-certified fishery and Best Aquaculture Practices certified fishery) began Tilapia farming in Mexico and set up responsible farming practices to produce premium Tilapia and support local communities there. These standards and practices continue to help—rather than hinder—the surrounding area.

Regal Springs now produces 50% of America’s fresh Tilapia and a significant amount of premium frozen Tilapia in fish farms located in Mexico, Indonesia and Honduras, so it’s important that they take responsible fish farming seriously. Tilapia produced by Regal Springs in Mexico and in all of their other locations is grown in large floating pens suspended in deep water lakes, which utilize less than 1% of the lake surface, dispelling concerns about fish feeding on mud and algae and growing in crowded conditions. Additionally, these lake pens constantly receive clean fresh water from the many rivers and streams that naturally feed into them. With so much fresh water coming in, the entire lake volume is replenished every few days.

There has always been debate about the benefits of farmed fish versus wild, but with our wild fish populations being depleted at an astonishing rate, responsibly farmed fish is the natural solution to the problem. Not only does it prevent overfishing, but it also reduces bycatch (a term used to describe when another species is accidentally caught in a net alongside the desired species, and is therefore generally wasted).

In addition to bycatch, any commercial farm will have byproducts, but it’s what you do with those byproducts that makes the difference. Responsible Tilapia fisheries in Mexico make sure to use the whole fish, creating fuel, cosmetics and even clothing from non-edible portions of the fish. This helps reduce landfill waste and pollution in the communities where the fish farms are located.

Responsible fish farms must respect more than the environment. The local community needs to be supported economically and socially as well. Regal Springs Tilapia hires local staff in Mexico, fueling the local economy. It also helps provide education and job training to support quality of life in the locations where its farms exist. Not all fish farms in Mexico have to adhere to responsible practices, but the most benefits are reaped when fish farming gives back and creates a positive impact, rather than a negative one.

Mexico has had a long relationship with aquaculture, producing nutritious fish and creating jobs for thousands of people. So the next time you see a responsibly farmed fish product from Mexico in the grocery store, you can feel good about choosing it.

Learn more about why fresh Tilapia from Mexico is a great choice for your diet.