History of Fish Farming in Honduras - The Healthy Fish 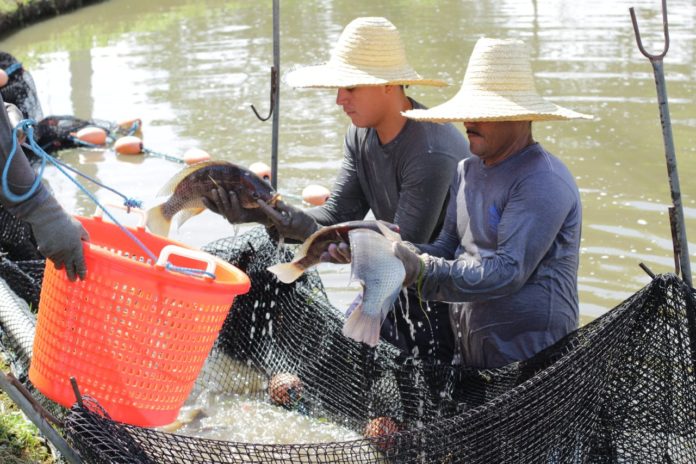 The aquaculture industry was introduced into Honduras in 1936. It wasn’t until 1954, however, that the local government—working in tandem with the United Nations’ Food and Agriculture Organization (FAO)—established an official aquaculture program with the goal of providing a healthful food source for the local rural population.

Thanks to these initiatives, Mozambique Tilapia and the common carp were brought into the country. Tilapia, especially, was easy to farm, and the industry began to grow. In 1977, the project Promotion of Aquaculture in Honduras was launched, with a second Tilapia species, the Nile Tilapia, introduced into the region. Since this time, further efforts have been made to ensure that aquaculture in Honduras is responsible and ethical, with local and international populations both able to benefit from this flourishing industry.

Today, aquaculture is one of the most critical industries in Honduras, owing to its economic importance. However, the internal consumption of Tilapia has become rather limited. Instead of feeding the local population, most of the fish farmed in Honduras was exported, in large part to the U.S. and Europe. The aquaculture industry in Honduras thus became less about feeding the local people and more about creating sustainable employment opportunities, with many Hondurans able to eke a living out of this booking sector.

The Honduran aquaculture industry is protected and governed by the Fisheries Law of 1959, which protects aquatic resources from being exploited. Additionally, the General Environmental Law requires environmental impact studies be carried out for every new farm to ensure that the facilities have no negative effects on the environment.

In the past, the aquaculture industry in Honduras has been criticized by environmental groups, mainly owing to the clearing of mangrove forests for the purposes of building shrimp farms. However, studies have shown that mangrove forest clearing as linked to the industry has been minimal, and those forests that were cleared are now in the process of recovering.

Since 1986, however, several efforts have been made to render this industry more responsible. The founding of the National Honduran Aquaculture Producers Association led to the establishment of a water quality laboratory—a permanent program for monitoring the quality of water in the areas where the farms are located—as well as the establishment of protected areas to ensure that aquaculture does not impede on natural resources in Honduras.

More work has since been done improve the environmental awareness of the aquaculture industry of Honduras. Regulations now require that Tilapia be raised only in lakes where this species already live, and cages or nets must be designed to prevent the fish from escaping into open waters. In addition, water quality is managed by establishing limits for phosphorus—a product of fish waste—which should help to prevent local lakes from being overtaxed by the industry.

It’s these efforts that encouraged the World Wildlife Fund to advise consumers nearly a decade ago to choose Honduras Tilapia as a way to “support leadership in sustainable aquaculture”. As of 2016, Regal Springs-operated Honduran Tilapia farms had earned the highest distinction offered by the Global Aquaculture Alliances’ Best Aquaculture Practices program: four stars. It is this commitment to responsible practices that has transformed Honduras into a respected proponent of ethical aquaculture, and a great producer of high quality, protein rich Tilapia.

Hungry for more? Try these protein-packed Tilapia recipes from Honduras.