How Fish Farming Practices Have Changed Over Time - The Healthy Fish

Recipes and healthy choices made easy
Home Our Planet Changing Tides: How Fish Farming Practices Have Changed Over Time 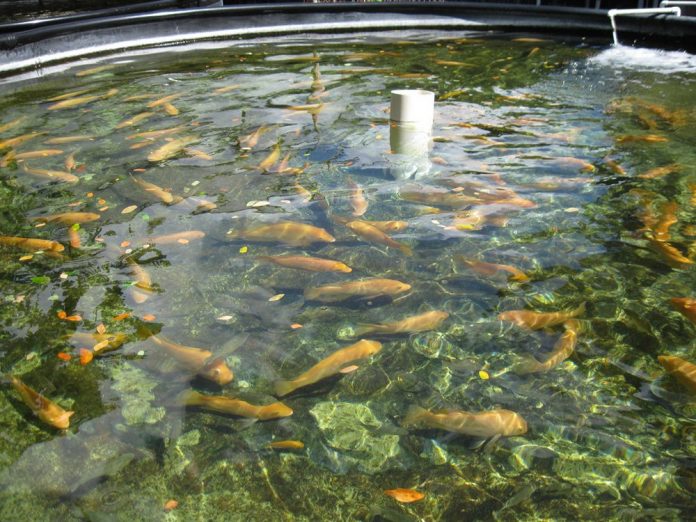 Fish farming has been around for about four thousand years. In that time, it has changed a lot, especially in the last century—and change always has consequences, both positive and negative. Nowadays, after years of trial and error, aquaculture is striking a balance: the best farms are efficient while also being environmentally friendly.

The first fish farms were created in China, and research suggests they were started by fishermen. When their catch was too big, they would keep some of the fish alive in submerged baskets so that they could be harvested fresh later. Some people would also catch fish with traps or corrals, and they figured out that raising them for a while could prove more lucrative than collecting them right away.

By the Yin Dynasty (over one thousand years ago), early pond aquaculture had become common. From China, this technique spread throughout Southeast Asia. Today, pond farms can be found all over the world, especially in developing countries. In their most basic form, this method involves digging networks of ditches and ponds.

When done on a small scale with natural inputs, pond aquaculture produces perfectly healthy fish. The problem is that it doesn’t produce very many—so some unscrupulous farmers resort to pesticides and antibiotics to help them raise more fish faster, especially in places where public health regulations and environmental protections aren’t readily enforced.

Today, some companies employ recirculating systems, which are like enclosed, high-tech versions of pond farms. Water is constantly purified and recycled. The overhead costs of these operations are expensive, but their environmental costs are next to nothing, and the fish are happier and healthier.

The thing about pond systems is, they exist on land. That means they take up areas that could otherwise be used to raise livestock. To combat that issue, countries like Indonesia, Cambodia and Japan started building bigger cage and pen systems instead. These worked so well that this practice has spread all over the world.

Nowadays, net pens and cages are common, since siting them is so easy. They can be established in most sheltered bodies of water, such as bays, lakes, rivers, lagoons, estuaries, and even reservoirs. In the past, there were few protocols preventing fish farms from letting pesticides, antibiotics, food, and even pathogens enter the local environment—and by extension, the human food supply. This is still a problem in some areas, particularly in the developing world, due to the proximity of farms to wild fisheries.

But overall, strict environmental regulations have made this an excellent form of aquaculture. Today, top pen and cage systems have little to no impact on their natural surroundings while providing high-quality products. As long as fish farms have onsite facilities for testing and purifying water; feed their livestock floating food that stays within the enclosures; and carefully select their sites, their presence can be neutral in the waters where they operate.

Regal Springs is a leader in this regard. By choosing pristine lakes for fish farms, nurturing Tilapia with healthy, plant-based feed, and using absolutely no antibiotics or other chemicals, the fish they supply are among the best in the fish farming business.