Could Aquaculture Potentially Save the World? - The Healthy Fish

Recipes and healthy choices made easy
Home Our Planet Can Aquaculture Save the World? 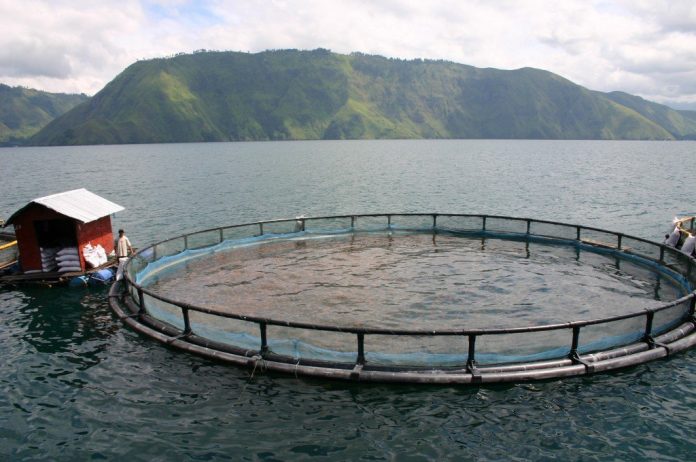 In the last half century, aquaculture has gone from being small-scale and marginal to becoming a major force of global food production. Today, 50% of all seafood available to consumers comes from fish farms. And while fish farming has been practiced in various parts of the world for millennia, it wasn’t until the 1970s that it proved a viable means of meeting the nutritional needs of the population. Growth in the industry has increased 9% per year since then, which is a good thing—the future of food security is counting on it.

Of course, modern methods of aquaculture are still considerably new and continue to be refined. However, fish farming has the capacity to solve several challenges facing us in the 21st century—a fact which can’t be understated.

The global population is going up. A lot. According to projections by the UN, the earth will have 2.4 billion more people by 2050, for a total of approximately 9.7 billion; and this means there will be a lot more pressure on the environment to support everyone.

Aquaculture requires a lot less land and resources than conventional agriculture. As of 2010, aquaculture only constituted 1% of all global agricultural land and 2% of agricultural fresh water, and contributed far fewer greenhouse gasses to the atmosphere than regular farming. And it’s safer. So far, it seems that no serious pathogens pass from fish to humans—unlike livestock on land, which in the past have infected us with illnesses such as the flu, smallpox and tuberculosis.

The most sustainable seafood choices are omnivorous or herbivorous fish, such as Tilapia. When sourced from a sustainable producer, these fish have no animal products in their feed.

Aquatic ecosystems everywhere are in serious danger from the overexploitation of wild fisheries, and stocks are in fast decline. That can’t be emphasized enough. Back in 2011, 61% of fish stocks were listed as being fully fished, while 29% were labelled overfished. That means nearly all marine stocks have peaked, and many are long past the point where they can sustainably meet our needs.

Scientific reporting of these problems relies on stats and percentages, and tends to downplay the devastation of overfishing. Not only are our lakes and oceans being emptied of vital biodiversity, but endangered species, such as sharks and sea turtles, and many marine mammals, such as whales, dolphins, and seals, are maimed or drowned as by-catch as massive boats trawl, dredge, and net entire shoals of fish. Turning to fish farms takes a lot of pressure off wild stocks, and allows them to replenish their numbers.

In the decades to come, the greatest growth in the aquaculture sector will be seen in the developing world. This is beneficial on a lot of levels, particularly because many people in developing countries already depend on fish for their main meals. Farming them makes nutritious food sources more plentiful. Today, fish supplies the primary source of animal protein for more than a billion people.

At present, the aquaculture sector employs an enormous number of people worldwide: farming, processing, marketing, and selling products provides jobs for more than 100 million workers. It’s expected that there may be as many as 76 million new jobs created in this industry by 2050. Many of those will be in the developing world, where employment is desperately needed.

The Tides are Changing

There are plenty of problems in the world today, and fish farming is obviously not the answer to all of them. But by addressing many of the root causes—food security, biodiversity and poverty—aquaculture can make a big difference in the quality of life for billions of people around the globe, both today and in the years to come.