What is Aquaculture? A Brief History of Fish Farming - The Healthy Fish

Recipes and healthy choices made easy
Home Our Planet What is Aquaculture? A Brief History of Fish Farming 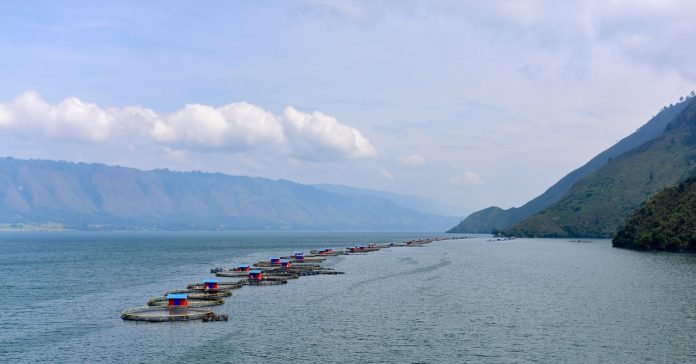 There’s been a lot of buzz around aquaculture lately, especially as the global demand for fish continues to rise. While some people think that fish farming is a new phenomenon, fish farming has actually been around for thousands of years. Since its humble beginnings, aquaculture has grown into a regulated industry that reduces the amount of strain on the world’s oceans and lakes by responsibly raising healthy, delicious fish.

The Origins of Aquaculture

Although we have little knowledge about the first methods of fish farming, ancient manuscripts and hieroglyphics have shown evidence of aquaculture for approximately 4,000 years. In 475 BC, a Chinese man known as Fan Lai wrote a book called The Classic of Fish Culture to teach others how to raise fish for food.

In 1733, aquaculture in its modern form was first introduced in Germany. A fish farmer successfully fertilized gathered fish eggs and raised the fish that were hatched for food. Since then, aquaculture has continued to develop through the centuries with the introduction of new advancements, techniques and responsible environmental practices.

Aquaculture has come a long way. Modern fish farms occur in ponds, pens or recirculating tanks, with floating pens being the most common approach. The fish swim freely in large netted structures in protected coastal areas. This means they have continuous access to clean water and exercise, so the fish are healthy, lean and firm. This approach is used by many top fish farms, including responsible Tilapia producer Regal Springs.

Over time, fish farmers have made various advancements that have resulted in healthier, happier and tastier fish. Improvements to feed mean that many types of farmed fish can now be sustained by a high-quality, vegetable-based diet that is good for the environment. And research into optimal oxygen levels, bacteria reduction and hydrodynamics have increased survival rates and improved efficiency. Today, the best farms can maintain fish health without the use of antibiotics, resulting in a healthier meal for consumers down the line.

There are unfortunately some fish farms (largely in Asia) that do not hold themselves to the same high standards as top producers. Luckily, there are various regulating bodies that have recognized the importance of responsibly-raised fish and exist to help you make smart choices when it comes to the fish you purchase. Look for certifications and labels from the best health and safety certifiers in the world, such as the Aquaculture Stewardship Council, the British Retail Council, the Global Aquaculture Alliance, Ocean Wise and the U.S. Food and Drug Administration.

Thousands of years after aquaculture was first practiced, fish farming has evolved into an industry that is helping people get more of the fish they love without increasing the strain on the environment. By buying fish from responsible, environmentally-friendly fish farms, you can feel good about the fish you’re eating, knowing your choice is contributing towards a future filled with enough fish for everyone to enjoy.