7 Things You Didn't Know About Tilapia 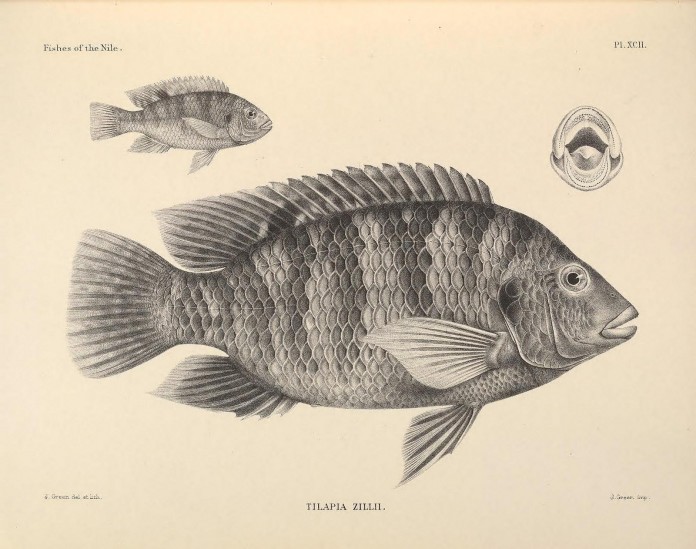 This little fish is making a big name for itself. Here are a few interesting facts about Tilapia that won’t likely come up at the dinner table.

For a fish, Tilapia has a very interesting history. It’s believed that the fish were first farmed in Egypt. In the Nile region, farming of Tilapia dates back thousands of years. In fact, there was even an ancient symbol, much like a word or letter, known as a hieroglyph, specifically for this staple protein.

The Nile Delta is still a hot bed for fishing and aquaculture today. In fact, the aquaculture industry is estimated to have a value of over $1.3 billion, which dates back to Tilapia being farmed here thousands of years ago.

Now Tilapia are farmed in temperate waters around the world—from Honduras and Mexico, to Indonesia and Australia.

Besides being farmed or fished for human consumption, Tilapia have a long history of being used to eat mosquito larvae and control their populations, as this can significantly lower the chance of spreading diseases such as the West Nile Virus or Dengue Fever. In the tropics, Tilapia are also routinely placed in ponds to control duckweeds, algae and other submerged plants.

Tilapia is quickly becoming one of the most popular seafood choices in the U.S., up there with shrimp, salmon, and tuna—it’s even beat out crab and cod, believe it or not! One of the reasons for its popularity may be hailed health benefits, such as being a very low-fat source of protein, without carbs or too many calories.

Tilapia has even made its way into some sushi restaurants, sometimes served as a substitute for red snapper because of its mild and somewhat sweet taste.

The biggest Tilapia catch on record was in Florida in 2014 and the fish weighed in at 10.7 lbs. Though that doesn’t sound too astounding, Tilapia usually weigh around 2–6 lbs for comparison. The best part? The fisherman who reeled in this catch threw it back, not recognizing the fish could’ve set a world-record.

Fresh Tilapia from Mexico and Honduras and Costco’s Kirkland Frozen Tilapia Loins are not only a great base for basically any recipe, they are also mercury and antibiotic free! This is a result of the conditions in which it’s farmed, which allow for farmers to feed the fish a healthy and controlled diet, much like one they would consume if they lived outside of these deep water lakes, but with less risk of consuming contaminants.

Tilapia aren’t as active as other fish species. They’re pretty content living in temperate, deep water lakes where they enjoy a low-key lifestyle. In fact, some farmers even describe them as cuddling together. Because they’re farmed where they would live in the wild, they’re treated to a natural habitat where they experience very little stress.

Tilapia actually isn’t just a single species of fish, it’s a genus. There are about one hundred different species of the fish, but the most commonly referred to one is the ‘blue Tilapia.’ The word for the most common genus of Tilapia, cichlid, comes from a Latin take on the word “thiape,” which is the Tswana word “fish”.