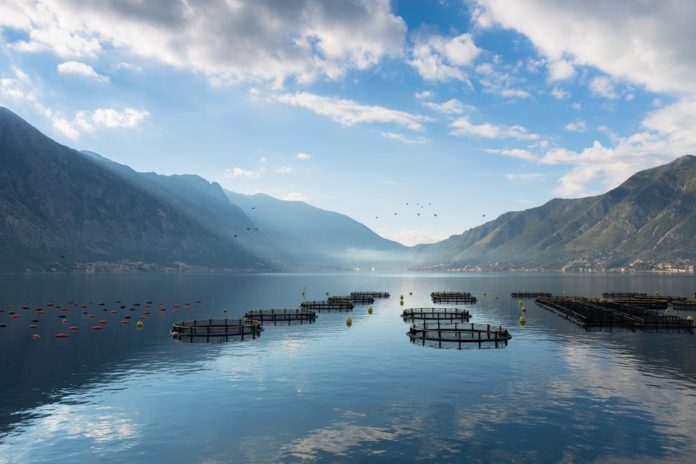 Aquaculture has gotten a bit of a bad reputation in some circles, where it has been pegged as an unsustainable method for raising fish. But the truth is, responsible aquaculture is key to providing food to millions of people worldwide while protecting our oceans from unethical fishing practices.

To clear things up, we took a deep dive into the aquaculture industry and have surfaced seven things we bet you didn’t know about fish farming.

Suffice to say, our oceans have seen better days. Today, about 90% of the world’s fish stocks have been fully fished or overfished, with many species now on the brink of extinction. Responsible fish farming is essential to lessening the strain put on wild fish populations by irresponsible fishing practices. By providing an alternative source of fresh seafood, aquaculture simultaneously helps to feed global populations while giving wild fish species the chance to replenish their stocks to ensure we aren’t emptying our oceans for the future.

Most of the Seafood Eaten Worldwide Comes from Fish Farms

It’s no surprise, given shrinking resources, that people are depending on fish farms more and more to feed themselves. In fact, more than half of the world’s seafood comes from aquaculture.

Tilapia is One of the Best Fish to Farm

Tilapia is thought to be one of the oldest farm raised fish in the world, and is today the third most popular farm-raised seafood product in America, after salmon and shrimp. In fact, some biblical scholars even believe it was Tilapia that Jesus chose to feed the crowds at the Sea of Galilee. Naturally herbivorous and fast growing, Tilapia is the ideal fish for farming, and with its mild taste and high protein content, it’s a fantastic option for those looking for a nutritious and cost-effective fish.

A report by international NGO Conservation International highlights that responsible fish farming can be more beneficial to the environment than cattle or chicken farming. Because they are cold blooded, fish process energy more efficiently than mammals. Therefore, the report explains how for each kilogram of protein from beef, a cow needs to be fed he equivalent of 61kg of grain, while a fish only needs 13km of grain.

Aquaculture is Growing at an Incredibly Fast Rate

Aquaculture is growing more quickly than any other area in the food production industry. The aquaculture industry has been growing steadily since 1970 at a rate of about 8.4% a year, and by 2030, aquaculture production is expected to grow another 50%. Considering that the UN estimates that 8.5 billion people will live on Earth by 2030, this will definitely help to feed the booming global population.

The aquaculture industry produces not only fish and seafood but also roe, sea vegetables and seaweed. According to a 2016 report from the World Bank, the world will need to produce 50-70% more food by 2050 to maintain current food consumption trends—an endeavor made even more difficult by growing drought conditions. In response to this need, the report estimates that annual global seaweed production could reach 500 million dry tons by 2050, which would boost the world’s food supply by 10% and create a “transformational change in the global food security equation”. So, rather than simply representing a sustainable way to raise fish, responsible aquaculture also lends itself to the growth of many other sustainable food sources to help feed the growing global population.

Antibiotic Use in Aquaculture isn’t as Rampant as Made Out

While the aquaculture industry has often been criticized for the overuse of antibiotics, fish farms don’t actually use them as widely as some believe. Certain countries have set strict standards to regulate the use of these antibiotics, which will hopefully be extended to other nations soon. The Best Aquaculture Practices certification is awarded to fish farms that adhere to these and other standards, including those pertaining to social welfare, ecology and animal health.

Aquaculture as an industry is growing larger with every passing day. Learning more about this fascinating method of food production is critical to its wide scale adoption, and we can only hope that with time, the industry is able to shake of its reputation as people finally come to see the true value in responsible fish farming.

Learn more about aquaculture with 5 Facts You Should Know about the fish farming industry.