How Nutritious is Farmed Fish vs. Wild Fish? - The Healthy Fish

Recipes and healthy choices made easy
Home Our Planet How Nutritious is Farmed Fish? 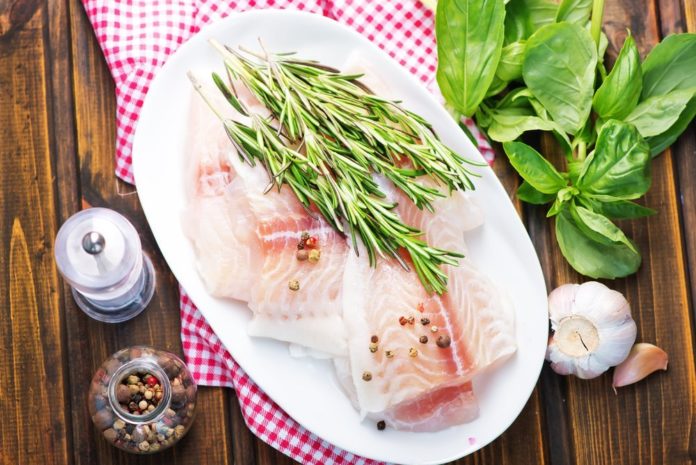 It won’t be long before aquaculture makes up the majority of our seafood diet—by 2030, it will be 62% of all the fish humans consume. But what is aquaculture? Aquaculture is the act of raising and harvesting fish in farms, and if done responsibly it relieves the pressure on wild fish populations and services the world’s growing global population with farm-raised fish.

Yet some wonder whether fish raised in fish farms have the same nutritional value as a fish caught in the ocean. Is it possible for aquaculture to replicate the nutrients found in wild fish?

The Diet of Aquaculture

Fish are a great source of omega-3 fatty acids, but there are concerns that farmed fish don’t have any of the beneficial nutrients. Typically, the natural source of omega-3s in the aquatic food chain is algae, which is consumed by foraging fish, which are in turn eaten by larger fish. At every stage of the wild fish food chain, omega-3s bioaccumulate—in other words, they become increasingly concentrated in the bodies of the fish.

In modern aquaculture, the benefits of algae have to be replicated in a fish’s diet, but this is easily done with plant-based proteins and vegetable oils in feed. Thankfully, fish farms—especially those in the developed world, that have been certified by external auditors—supplement the diet of their stocks with high-quality feed. So look for farmed fish that comes from a producer with high industry standards, whose processes are transparent and whose feed is traceable to its source.

In short, as long as farm-raised fish are raised sustainably and fed a proper diet, aquaculture can be as good for you as wild fish—but can aquaculture be better than wild fish?

What Are the Advantages of Eating Farm-Raised Fish?

There are some notable benefits to choosing farmed fish, aside from the fact that they take the burden off wild fisheries. Aquaculture is much easier to monitor than wild fish environments. Fish farm locations are carefully chosen in pristine lakes that are easy to access, so that each stage of the fish’s life cycle can be easily controlled. Producers are also careful to feed the fish a healthy diet, which is great for the consumer so you know what you are eating when you buy farm-raised fish.

On the other hand, wild fish can be wild cards: their nutritional value depends on their diet, which varies widely by region and season. This variety in diet can be good for both the fish and for you. But keep in mind that toxins and heavy metals, such as mercury, can bioaccumulate just like omega-3s. This means that you should be wary of large, long-lived fish, such as tilefish, swordfish, and king mackerel.

The nutritional value of aquaculture extends past what it eats to where it’s sourced and the regulations the farms follow. Aquaculture in countries such as China, Thailand and Vietnam rarely meet health and safety standards, so you need to verify that a company or farm has international certifications before you buy their products. You don’t want to buy farmed fish that was treated with hormones, antibiotics or chemicals such as additives and preservatives.

There’s nothing better than farm-raised fish that comes from a reputable and reliable source. When fish are well fed and taken care of, they’re packed with protein, healthy polyunsaturated fats and important nutrients that our bodies can’t produce on their own, such as vitamins D and B12. Fish such as Tilapia are also lean—Regal Springs Tilapia are raised in lakes where they swim against natural and manmade currents—and this makes them a top seafood choice for anyone looking for nutritious seafood to add to their diet.

Want to add Tilapia and other farmed fish to your diet? Try out our favorite clean-eating Tilapia recipes and our easy Tilapia dinners for one.