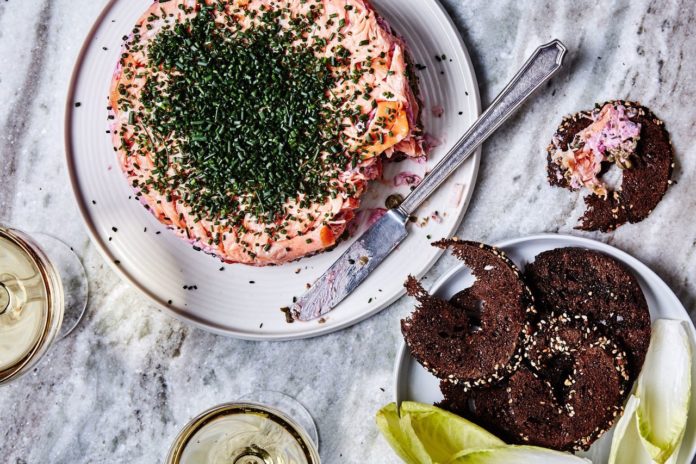 With the holiday season in full swing, many of us are gearing up to embrace some of our favorite foods and traditions. Holiday meal traditions can be found in almost every culture in the world. Take a trip with us around the globe to explore these unique culinary customs.

French-Canadians get into the holiday spirit by serving delicious Tourtière on Christmas Eve. It came from French migrants and is considered a “réveillon” meal. Réveillon, meaning “awakening,” is traditionally served after midnight mass on Christmas Eve.

Tourtière is a spiced meat pie, stuffed with ground meat or seafood, onions and spices like cinnamon and clove. It is served with a topping or sauce such as pickled beets, cranberry sauce or chutney.

Try the recipe: Tourtière from NPR.

Historians debate on how the dish came about, but it was likely derived from the days of the Aksumite kingdom (200-800 A.D.) or 15th century Ethiopia. Either way, it’s easily one of the oldest dishes on our list!

Curry Debal—or Devil Curry—is feasted upon by Singaporeans on Boxing Day, which falls on December 26th. This is the day when they turn leftovers into new creations. Debal is a zesty stew consisting of meat, spicy rempah gravy, cabbage and spices like ginger, lemongrass and chiles.

Curry Debal derives from Singapore’s Eurasian cuisine, which developed in the 19th century when immigrants from Western Europe settled in Asia and culinary cultures became intertwined.

The Christmas dish Risalamande is one of the most popular holiday desserts in Denmark. Risalamande consists of rice pudding with additions like almonds, whipped cream and vanilla mixed in. It’s usually served with a warm cherry sauce on top.

Risalamande is a take on Risengrød, which is a basic rice pudding. Risengrød was consumed by all social classes for centuries, but in the 1800’s Risalamande was created as a way for the upper class to make the dish more exclusive.

Try the recipe: Risalamande from The Daring Gourmet.

A holiday staple for Venezuelans is Pan de Jamón. Pan de Jamón gradually became a holiday tradition about 100 years ago. It originally consisted of only cooked ham baked into bread, but as the custom spread Venezuelans have incorporated other ingredients like raisins, olives and almonds into the dough.

The Italian and Italian-American Christmas Eve Feast of Seven Fishes is a meal of seven different fish courses (shrimp cioppino, linguini with clams, etc.). Like many traditions in Italy, the meal has Roman-Catholic origins. It’s believed that it became popular again when Italians who had immigrated to America in the early 20th century were seeking a means to connect with their homeland.

Originally, it was meant to be a partial fast from meat, but over time it became the opposite of a fast, with course after course of seafood. Italians take liberties to individualize their feast, as it’s encouraged for people to make it their own.

Try the recipe: Feast of Seven Fishes from Bon Appetit.

Russia: Herring Under the Fur Coat

One of the most popular meals for New Year’s Eve dinner in Russia is Herring Under a Fur Coat. Herring Under the Fur Coat is believed to have been created in the early 20th century. A Russian tavern wanted to evade bar fights by filling bar patrons up on the hearty dish instead of alcohol.

Try the recipe: Herring Under the Fur Coat from Foodists.

Australians and New Zealanders are crazy for the meringue-based dessert pavlova. Pavlova is an airy dessert comprised of whipped egg whites, meringue, sugar and cream.

While the origins of the dish are up for debate between Australia and New Zealand, the two countries can agree Pavlova was named after beloved Russian ballerina Anna Pavlova in the 1920’s. Pavlova inspired dishes around the world during her time, but this particular dish made a lasting culinary impression.

Try the recipe: Pavlova from Taste.com.au.

Enjoy your own holiday tradition this season! Who knows—you might be inspired to incorporate one or two of these international elements into your own meal.

Eager to try these recipes at home? Consult our store locator to find your nearest Tilapia retailer. 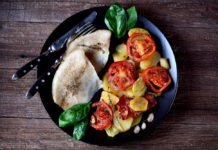 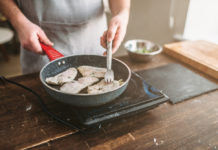